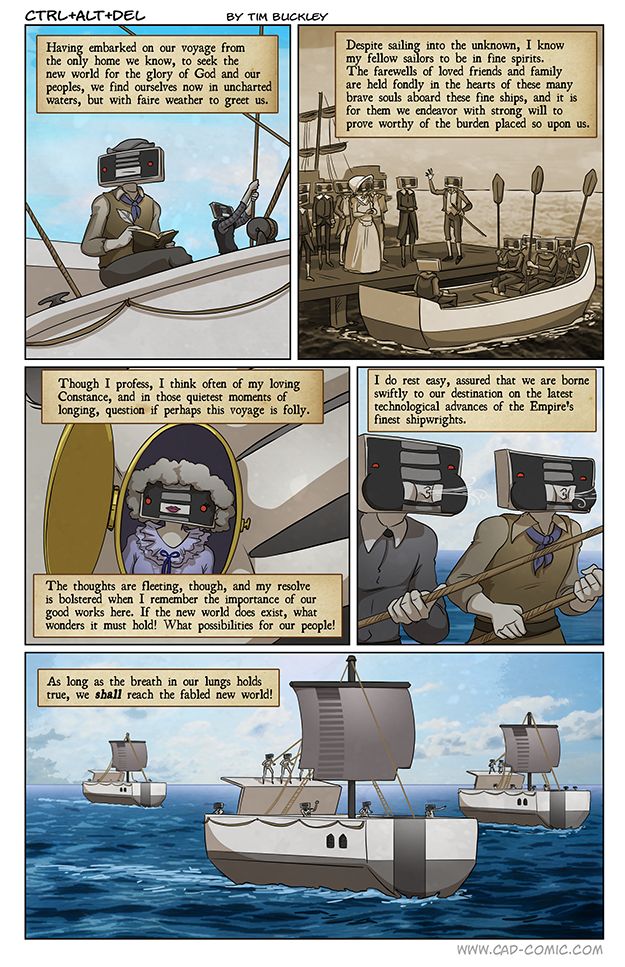 I love where this is going already! 🙂

They will sail up to the shore of a hell scape, after the abuses of the native Atari tribe have raught upon the land.

This is going to be epic.

awesome next do tthe arcadiian empire or the pinballsaurian extinction lol

I can’t wait to see how this will play out. Even the old SEGA and ATARI stuff will be funny to see I’m action.

I agree, having fond memories of the ATARI 2600… whenever I hear the “dank, da-dank dank” of the ATARI Pac-Man game, I get a smile on my face.

1985? Darn, too late, I was hoping a “long time ago” story would had featured my first console: https://commons.wikimedia.org/wiki/File:Mattel-Intellivision-Console-FR.jpg

I wish those names were added on the sides of the ships. xD

Super Mario, Gyromight*, [the game with the robot thingy], and Duck Hunt. The games that shipped with the console at first.
*denotes spelling is probably wrong

“Ninja Kid, “Pinball,” and Santa “Mario Bros” is a play on the Nina, Pinta, and Santa Maria that Columbus used to sail to the Americas.

The rAt
Reply to  WolfGod

I was gonna go with something about landing the Fireflower at Famicom Rock, but I don’t think I can to top the flagship Santa Mario Bros.

I hope to eventually see the return of the classic console Wars storyline, including that badass PS3 commando.

But this is an amazing diversion, and I am pumped to see this through! Especially as someone who grew up with the NES.

I would have expected them to be blowing into the back port to make those ships run, not the sails 😛 God I can’t even begin to count how many hours I spent blowing into the NES cartridges and the port to get the dust out lol

Well the sails are cartridge shaped, so I think that is supposed to be the joke, still.

No Dad, what about YOU!

From a physics perspective, they would do better blowing backwards off the ship. Blowing your own sail forward is like pulling yourself up by your bootstraps. This is one thing Skyward Sword did right that Breath of the Wild did oh so wrong…
(or maybe it’s a joke about how you were never supposed to blow into the cartridge anyway)

Blowing on the sail is actually more efficient than blowing backwards under the right conditions. A luffed (curved) sail will redirect the forward moving air into rearward moving air, not quite doubling the force.

Even if the sail perfectly bounced the air back, wouldn’t that be identically as efficient as just blowing backwards?

You’re forgetting Newton’s third law. By blowing forwards they are pushing themselves backwards, with a force exactly equal to that exerted on the sail. You can actually demonstrate this as a practical experiment. Get a model sailing boat, and mount a small battery operated fan on it. Direct the fan at the sail. The boat will probably move sideways if the sail is at an angle, but it will not move forward. Turn the fan around and direct it to the rear, and the boat will move forward…

Love it, blowing on the cartridge xD

This is single handedly the most amazing Console War strip to date.

Now I’m just curious how the Super Famicom fits into this.

Will we see a reenactment of James Clavell’s Shogun?

I’m thinking industrial revolution steamships. Then if they do N64 I’m hoping for WW1-2 era planes and ships.

Nostalgia Trip and the Origins of the Console wars? Cool, cant wait for the Anime adaptation of this Arc.

This is funny and awesome….

please, you gotta make some reference to Nintendo Thumb

I saw “console war” and thought this was going to be about Stadia. I guess that’s still a month out though.

So, would consoles like Atari 2600, Colecovision, Intellivision, and Pong be represented by cavemen?

Atari 2600 would be more like an Greek or Roman.

How will cabinet arcade games be represented?

This makes me so happy. It’s like Christmas came early.

You know, I half expected a comic regarding Riot’s 50 announcements yesterday haha. I’m sure there’s something there.
Oh well, this works too =P

They are blowing onto a Cartidge sail…

This already is the best anthropomorphization of the NES that can EVER exist. You have made it impossible for anyone to ever come up with a more clever idea. congratulations!

It took me way too long to get the blowing on the cartridge joke at the end. In fairness I read it first at 5 AM when my kids woke me, so I wasn’t completely coherent. Great reference though. Love it.

You didn’t get it because its a terrible, obtuse “joke” that has been very poorly executed 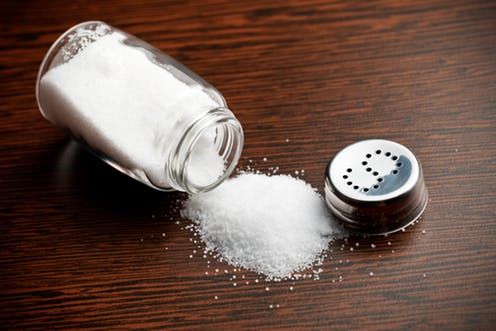 On an unrelated note, is there a way for the rest of us to include images in our comments or is that a special administrative mutant power?

Holy fuck….blowing into the cartridge. First, I remember those days full of magic and wonder. Second, that’s hilarious.

This is the genesis of a new sega in the console wars!

Love the wink to Uncharted Waters. I loved those games! Especially New Horizons.

Man, I wish they would have kept sending the other sequels overseas…

Lol they are blowing into the cartridge

I am soooooooooooooooooo hoping for Pong or Atari natives or something. This is gonna be beautiful!

If this becomes a longer arc, please don’t forget the Commodore C=64.
That ruled continental Europe for years.

It’s fun to see the Nintendo system portrayed as a serious faction in these Console War outings, versus the mentally challenged Wii and WiiU counterparts. I recognize the irony of even thinking like this, given how the whole thing is an extended parody of the “my system is better than your system” mentality of the 90’s and 00’s, but as a one-system-in-the-budget sort of guy who typically went Nintendo, I generally knew a lot of the Console Wars comics (and some others) were going to go over my head. Which is fine, of course. As the axiom goes, you can’t… Read more »

My reaction can best be described by quoting the late, great, Super-Mega-Ultra-Kami Guru,

The Console Wars were a great idea, and you keep on improving the concept.

Ohh, I wish there’d be a reference to NES Tetris, as it’s the 10th annual Classic Tetris World Championship event in Portland this weekend 🙂