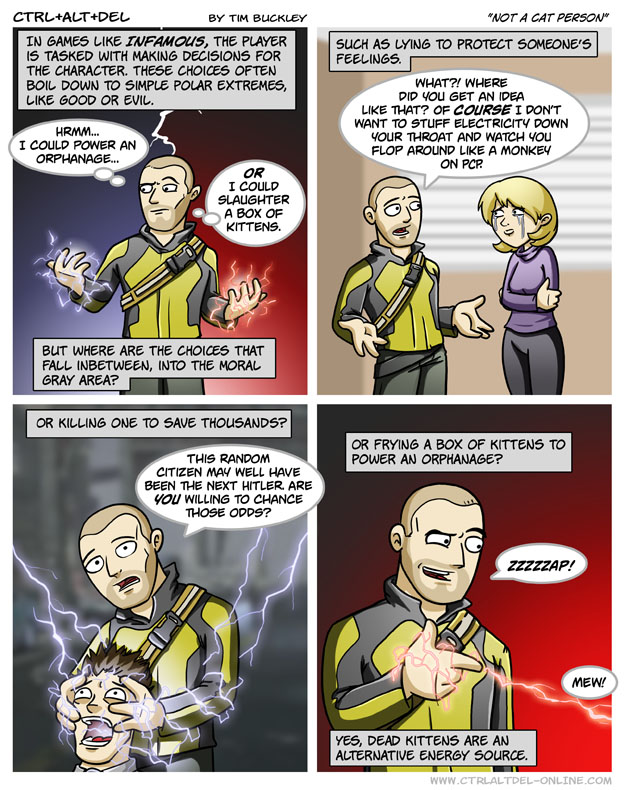 Not a cat person

IIRC that game had an unusually bad implementation of an alignment meter; you got powers for being good or evil, and nothing if you were neutral. And given that the “choices” were all binary, you weren’t actually making dozens of choices, like it was promoted as, you would actually make one choice that you would confirm dozens of times. It’s not uncommon to decide “I’ll play an evil character this time”, sure, but it’s rarely so strongly enforced by game mechanics.

This guy is definitely on the eviler end…On the up side, apparently Darth Sidious has power at least equivalent to a Tesla coil (meaning several kilowatts) and if it can be sustained, COULD achieve megawatts, so maybe becoming a Sith Lord will let him meet the energy needs of his beloved hometown.