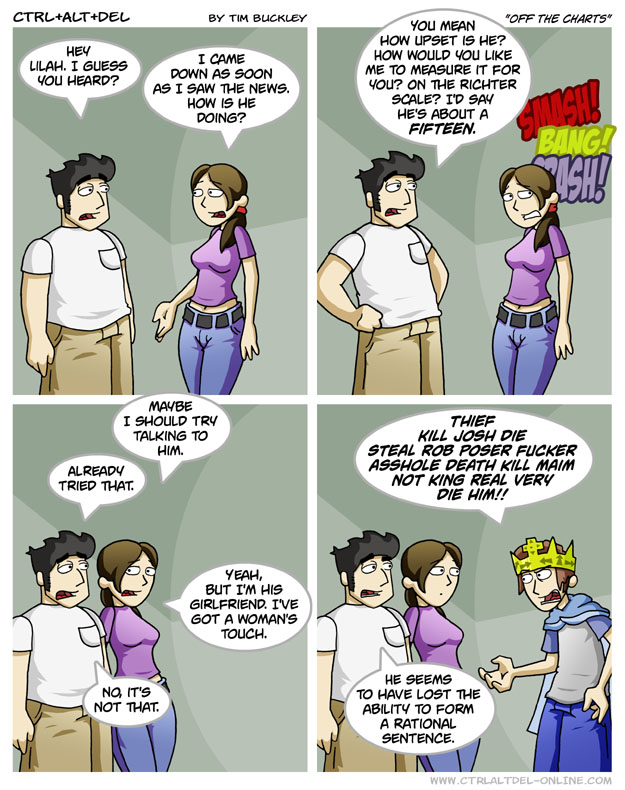 Each increase on the ritcher scale is multiplied by 10; from a 5 to a 7 is 100 times more powerful.
Ethan would be roughly 1×10^15 times stronger than a 1, and so would be about a quadrillion times stronger than the weakest.
I may be a bit off, the scale generally doesn’t go past 10. The strongest was about mid 9s. It was in Chile, the initial shock struck around 400k square kilometers and affected (by tsunami) areas such as Hawaii, Australia and Japan.

Oh we have a new hospital patient called josh-