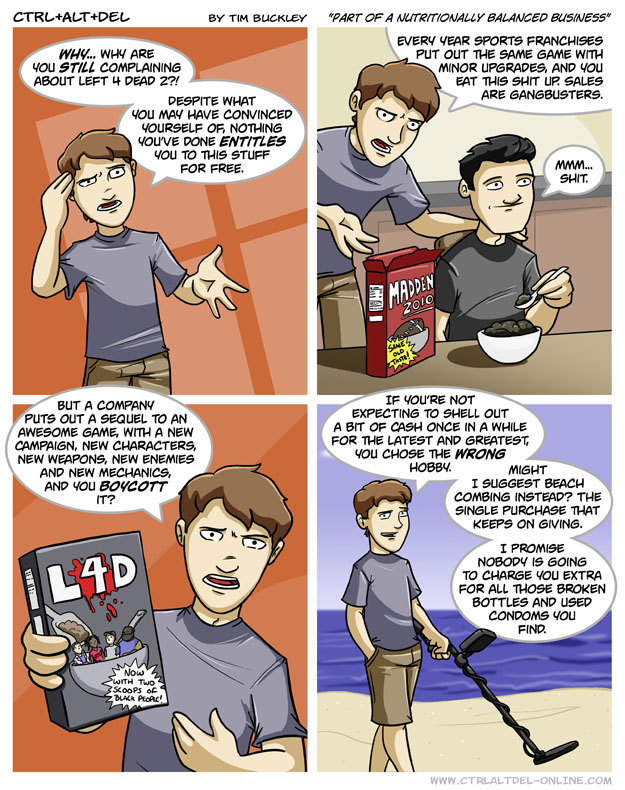 Part of a nutritionally balanced business

hi, person born in 2005 here, I humbly request information on what this is referring to

Will Johnson
Reply to  Dingle Bloopynoop

Back when this was a thing….the guys behind left4dead were offering new stuff in an upcoming patch. Only that isn’t what happened. The patch got delayed, and then boom a new game was released. The audience of the day didn’t appreciate that at the time. I may have some of the details wrong, but that is what happened if I remember correctly.

Carbonated
Reply to  Will Johnson

if only they could see the future