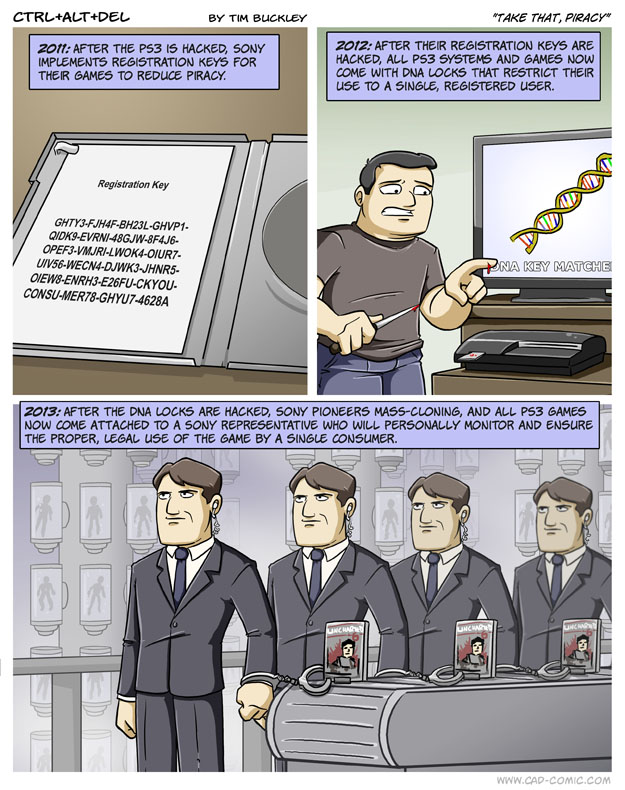 2014 Representatives are hacked- because they are actual people, they are willing to bend the rules to be given food.
2015 Sony CEO gives up and retires.
2016 MacGyver becomes CEO of Sony and singlehandedly solves Piracy while still allowing games to be bought and sold in what is known as the “MacGyver Compromise”

Griever
Reply to  Him.

2017: “The MacGuyver Compromise” is compromised as the President of the United States declares games to be “Fake News” and instills his own people to provide the “real” game facts.

2018: A rebel group calling themselves “Gamersaurus-Rex” create the Anti-Presidential registration key codenamed “Global Climate Change” (where he would never look) to play games originally developed by Sony streamed directly from the brains of developers to ultimately eliminate corruption of original content.

and yet, Sony completely murdered Microsoft with the ‘Official PlayStation Used Game Instructional Video’. The times change in amusing ways…