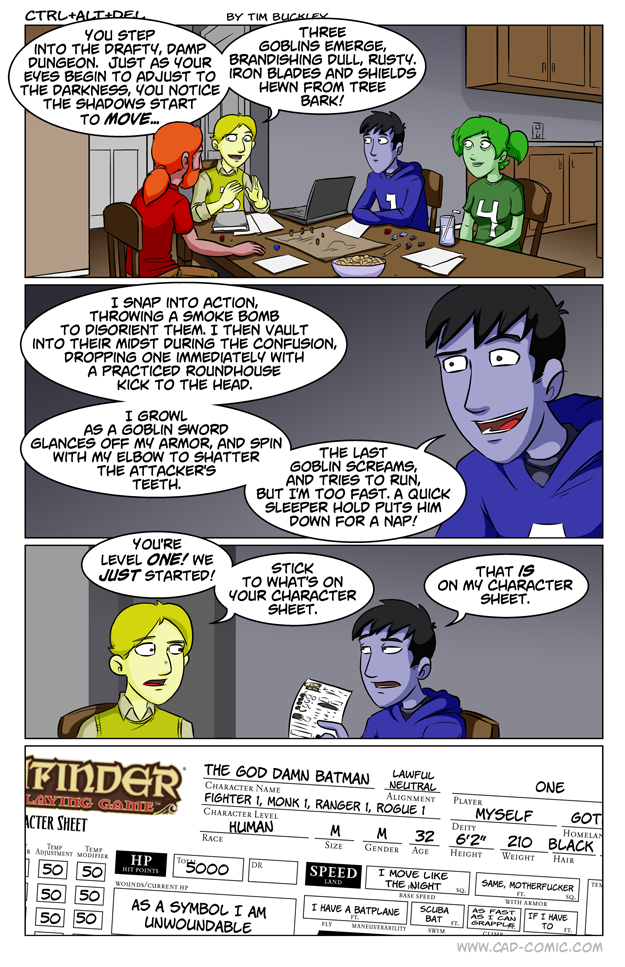 Oh man, I completely forgot how many strips there already were in this series. Pretty nice that the new site lets you skip backwards within just the comics from a particular continuity.

In Pathfinder organized play, I played a scenario where someone showed up with a character named Batman. He was an aasimar ninja where the player insisted that he was Bruce Wayne from the future after throwing away all his gadgets in order to retrain himself. He was not a very good ninja. Unfortunately for me, he was the LEAST insane party member in the group.