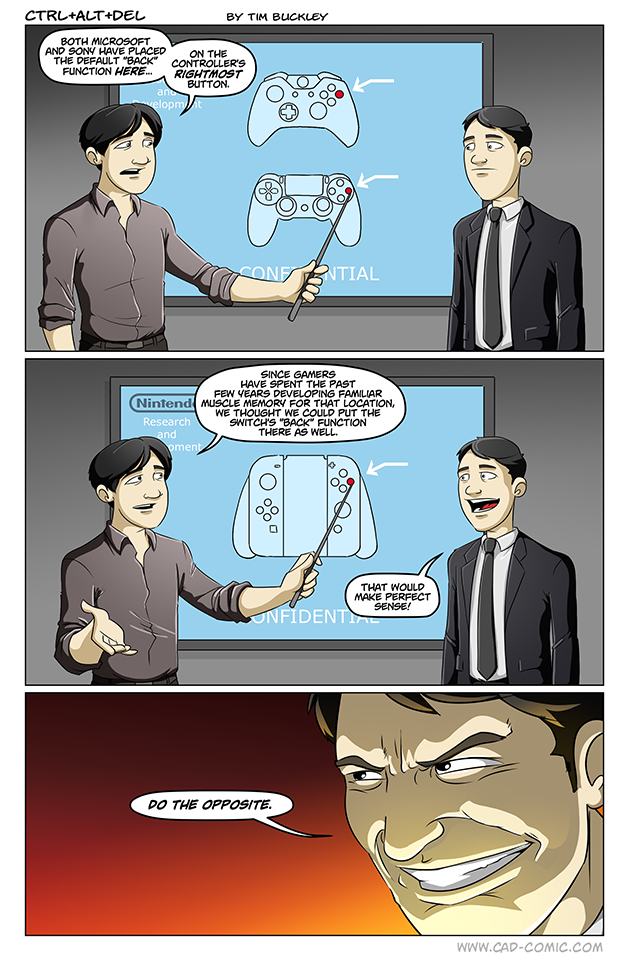 On the Playstation the back button is the X and the circle Confirm in Japan though, America switched them around
(Stemming from O (Maru) being okay and X (Batsu) being bad in japanese)
So Microsoft and NoA are the odd ones

You mean Microsoft and Playstaton US are the odd ones right? Cus yeah In japan all confirm buttons are indeed the rightmost button Microsoft just switched the buttons placement but not their letters associated with the function.

Nintendo’s B – A button placement has been the same since the NES… I think they have grounds for precedent in this field.

Yeah youre right, they have precedent and Sony followed suit with their button placement in japan as said in previous comments it was Sony usa that switched the X O button functions.

I agree. I was just about to post this as well. Nintendo chose the default “back” button in the NES days. And if anyone argues that it isn’t a diamond button configuration… then the same can still be said about the SNES. The SNES was the first console to have a diamond button configuration. So either way you look at it, it’s Sony and Microsoft (and only in the USA, as mentioned by Paris) that decided to go backwards. Nintendo was there first, and they’re just sticking with what they’ve always done.

I am going to set the world on fire someday. It may be today. You don’t know that.

To be fair, having the back button on the right is super confusing and backwards. It should be on the left. I use PC, but have a Dualshock 4 for (very few) games like Need for Speed. The default controls are bogus.

The logic in the comic is sound. Regardless of who pioneered which button positions/labels correspond with “OK” and “Back” and what intuitively makes more sense, Sony America and Microsoft have effectively reset the convention over the last several years, training players that in the “diamond configuration” the bottom button is “Action/OK/Confirm” and the right-most is “Back/Cancel”, and Nintendo is “Switching” it. (See what I did there?)