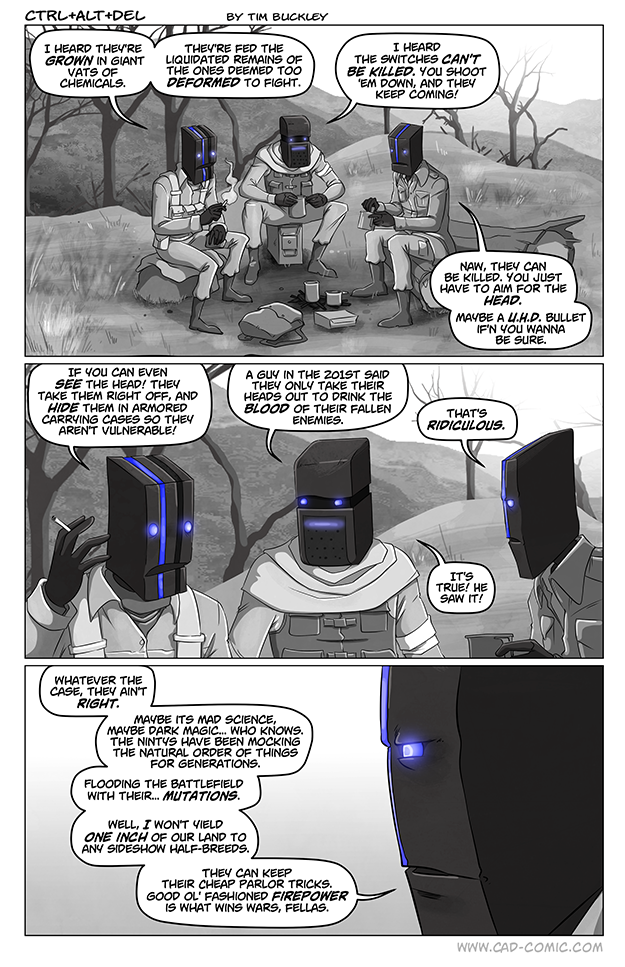 The Switch was actually a tough machine to write into the Console War, because it follows none of the pre-defined “rules” we’ve come to expect from a home console. In the end, the only way I could reconcile the Switch’s unique features was as it might be viewed by the other armies in this universe: a freak.

And while I currently love my Switch, the last line of the comic rings true… hardware is one thing, but at the end of the day it all comes down to the games. Nintendo says they’ve got a big E3 lined up, and I hope that’s true, because right now the jury is still out on the Switch’s software lineup.

Took me a while myself