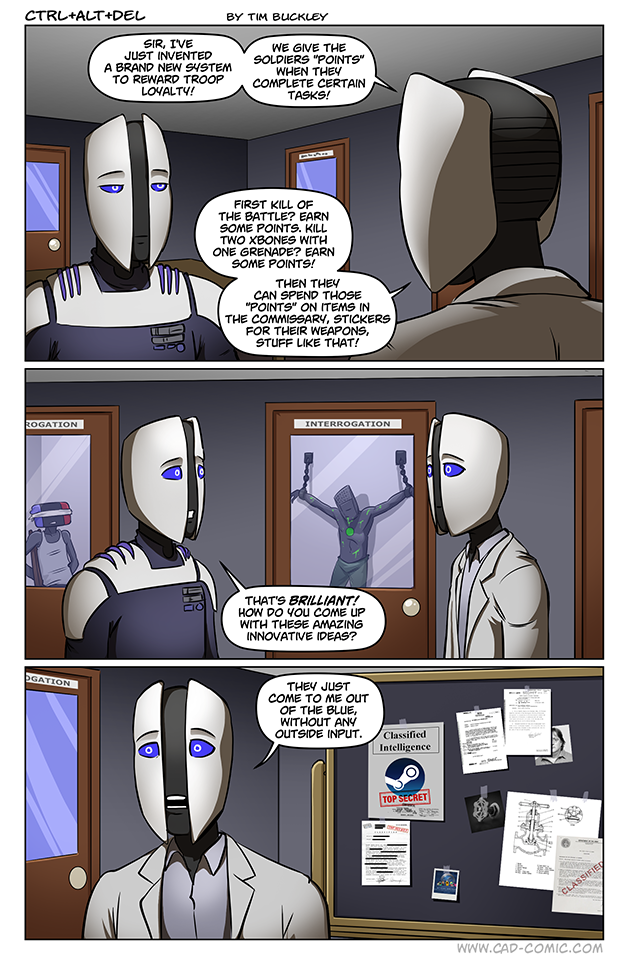 I still maintain that the Xbox Gamepass is one of the best deals in gaming- for the price, the access to games is an awesome value, and more times than I can count I’ve been thinking about buying a game only to look and find “oh, it’s free on GamePass.” I think it’s awesome that Sony is finally going to try and mirror that with Playstation Plus.

They’re also finally, kind of, sort of, maybe getting on board with cross-platform multiplayer, though it is still a case-by-case basis.

Now they’ve suddenly just discovered ‘loyalty programs’ too, apparently. That’s fine, those are generally pretty decent for the consumer as well. They seem to be working for literally every one of Sony’s competitors, so why not.

Donate a dollar to a worthy charity along with every downvote.

… I don’t think I’ve ever had an angrier upvote.

But can we keep it at 0 so they doesn’t get the satsification of either getting upvotes or downvotes?

I love this guys “Firsts” I just imagine him putting off his life repeatedly mashing F5 on the keyboard muttering “come on… come on….”

Unless you donate directly to a community based food bank or similar there are no worthy charities, all of them chew up 80-95% of donations in admin fees, payoffs or advertising.

Will Belden
Reply to  Bwauder

This really isn’t 100% accurate. There are many sites out there that analyze the information on 501c3 non-profits. They are required to publicly disclose their budget allocations. This is one watchdog example: https://www.charitywatch.org/top-rated-charities

There are many good charities that do good work. Yes, a food pantry is an excellent choice, as you aren’t dealing in cash. You can also donate your time, which is very valuable, too.

Jacob
Reply to  Will Belden

Will, thanks for the list. To Bwauder’s point, if I’ve heard of a charity, it was largely due to marketing and therefore is not on CharityWatch’s top list. At least there is a place to check for decently managed (lesser known) charities so that the donated cash does more good.

Downvote a ‘first’ comment AND do some good elsewhere in the world as well you say? I wish i had more downvotes to give…..

You are not getting my dollar. Have an upvote.

I mean, it’s not like Nintendo, Microsoft, or Steam invented a “reward people with ultimately worthless things for using our products daily and training themselves to spend a decent chunk of time each day” system. They all just copied mobile.

Well, except Nintendo, which predated it all with Animal Crossing. So I guess yet again Big N was the innovator in one of the most annoying parts of modern gaming.

Yeah, as far as consumer exploitation goes this is definitely in the ‘lite’ category, but completely benign it is not.

The underlying mechanic is still that of trying to monopolize mindshare by training brains with tricks rather than just selling pure fun.

I wonder if we should have seen how it would all go down when games first started implementing achievements. It might well have been that first baby step down the road to hell.

Pretty sure Pavlov already did this a century ago with dogs.

Probably dumpster diving for parts and materials since damaged = can’t connect to the internet. Maybe parts of his memory or character traits are gone since that was stored in the cloud whenever it became too much to be stored locally.

If only it was a good idea, though. These “loyalty programs” have never been anything but useless. Especially Valve’s. Valve’s is so bad, gives the end user so little of worth, that I often forget it exists. Every time I buy a game, I’m like “Huh? Steam Points? Oh yeah. No thanks, I don’t want any stickers to use in your incredibly toxic forums, Valve.” Sony’s new program does sound just as useless as Valve’s, though. So I suppose that comparison is quite apt. Although I guess useless is still better than insulting, like Nintendo’s. Oh, do all these weird… Read more »

Logan
Reply to  no thanks nintendo

Nobody with a functioning brain is calling GP *litteraly* free. We know full well it’s tied to the monthly sub fee. However, considering the 400+ games, that fee breaks down to mere Cents per game. So they damn near are ‘free’. And Rewards with GP can be spent on anything in their store. Games, dlc, movies.. even $$ to use towards anything on the store, including the GP fee. So you *can* make it actually free, if you’re diligent and pay attention to offers. (And it doesn’t require you to “practically LIVE on GP” like so many detractors want to… Read more »

Will
Reply to  Logan

I think that saying it is cents per game is also false. You are paying a fee monthly for access. so how much the games cost you depend on how long they take to beat and how many you play at a time. It is nice that you can try a game, and if you don’t like it you move on at no loss, but if you only play one game in the month, it has cost you that full months sub for that game. More if it takes longer. There are definitely people who it is good for, and… Read more »

I love the difference in the “Interrogation” rooms between Nintendo and Xbox.
Xbox is chained to the wall beaten up.
Nintendo is tied to a chair with a blindfold.

The nintendo is just happy someone is talking to it.

I think he probably gave the PS5bot a stamp and some platinum coins just for the daily interaction.

Cross platform Should have always been available from the beginning.

They had a loyalty program before. I got a few freebies from it. But it was TERRIBLY promoted.

So I’m mostly out of the loop on console gaming. Is this just like achievements, except you get points to spend on wallpapers and whatnot? The “digital collectibles” including “figurines” reminds me of like Batman Arkham Asylum, where you could earn the neat 3D renders of character statuettes.

Except this costs money….which sounds like a ripoff, lol.

I wonder how Sony gradually bringing their blockbuster games to Steam would show up in this narrative. Is Steam now a mercenary company, working for all bidders? For that matter, I wonder how Epic would show up now? Would be interesting.

PC’s still out of the war. So really, it’s kind of like the military getting more funds by selling their advanced technology to the private sector.

Well, does god go to war with humans; higher being does not meddle between fight of ants

and obligatory older comic about it https://cad-comic.com/comic/console-war-p64/

PC is so superior, not even the game studios will mess with it.

I remember really liking the Nintendo loyalty program circa a decade’n’a half ago, but it certainly feels like every change they make to club nintendo makes it a less enjoyable experience.

For the one company who’s games never go down in MSRP over time, they really could afford to just let loyalty to their brand result in discounts sometimes.

That third panel got me. 😂 Did you literally google “valve patent” and get that patent drawing of a valve? Because that’s a damn good gag. 😏

One could argue that the reason that Sony has been late to the game for these things is that given their success they haven’t really had to consider implementing such features until now. After all they won the PS3 and PS4 generation of console wars and seem to be doing quite well for the PS5 generation.

You’re right, I think “Sony is now so lazy and complacent they won’t improve their services unless forced to by the advancements of other companies” is exactly the argument to make… 🙂

Anyway you slice it Sony’s success is indisputable.