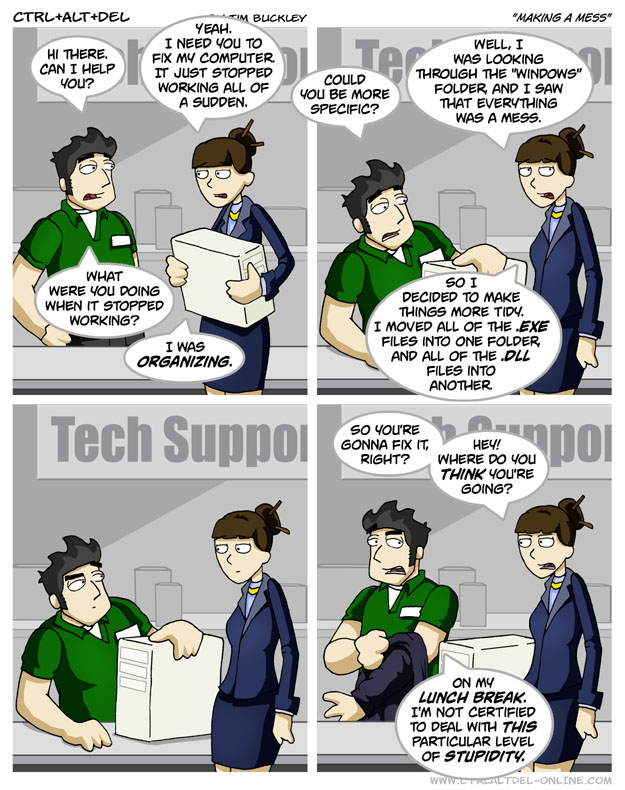 For those unaware, the files need to be in the right location otherwise they won’t appear in your directories and the computer will effectively be unable to work without completely redoing most of it

I think this was meant to be a meta-joke – commenting somewhat on the comic’s audience and context – ok fine. But honestly, it rides the “Don’t Explain The Joke’ line too hard to be funny.

Well, some people wouldn’t understand the joke, and would be begging for an explanation.

Maybe this joke isn’t for those people.

Furthermore, explaining the joke on a surface level ignores the fact that for the most part, even back in 2004 when this comic was written, moving many of the EXE and DLL files that were in use would’ve been prohibited. For the most part, she wouldn’t have damaged the OS that much, and a re-install of XP wouldn’t take too long. But it WOULD cost a pretty penny. So I’d be the first one to “deal with this particular level of stupidity.” Gladly!