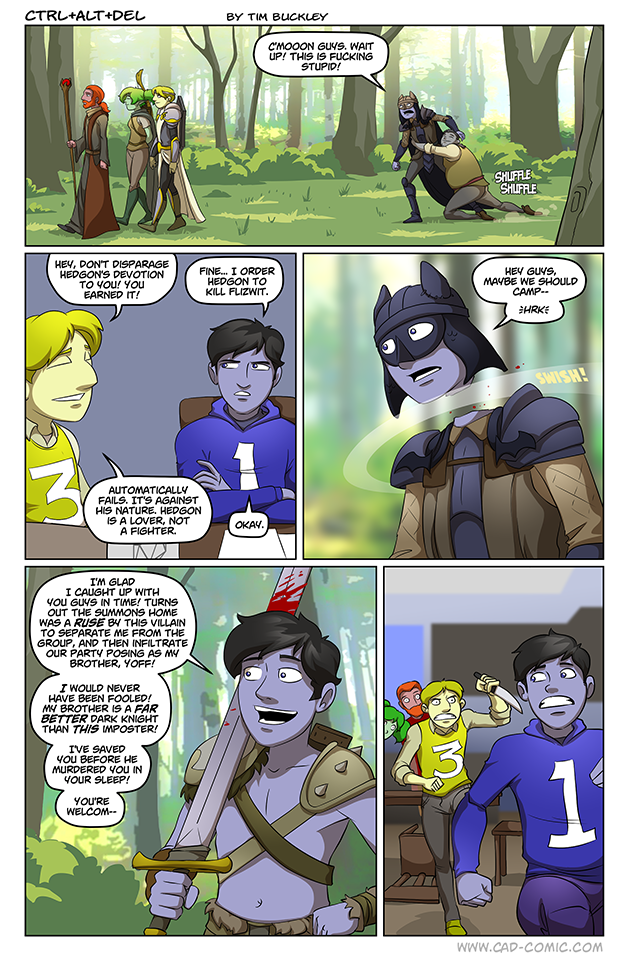 Yep. Surprising absolutely no one, my interest in Anthem dropped off a cliff after reaching level 30. A brief glance at the internet tells me I am not alone in this opinion, but the loot situation in Anthem is dismal. Like early-days-Destiny bad. Just take this comic and swap “Destiny” for “Anthem” in the last panel.

What’s most frustrating about it is there there’s no reason for it. Bioware literally had Diablo 3, Destiny and The Division to use as case studies for “how not to do loot in a loot-focused game.” And then they went and made the same mistakes anyway.

So I don’t know… I haven’t touched Anthem in a couple of days because it just doesn’t feel like it’s worth the time investment right now. I enjoy the core gameplay loop (the flying, the shooting, etc), but now that the (short-lived) carrot of “hit the next level” is gone, all that’s left is “farm for loot.” And currently “farm for loot” means “play for an hour or two and maybe see a masterwork item drop, and then maybe that masterwork item rolls stats that aren’t garbage (Harvest Bonus %, anyone?).”

I’m fine with playing a loot shooter for a couple of hours and not getting any gear upgrades. But I have to at least feel like I had chances at upgrades. I want to be showered in loot as my enemies explode into shiny baubles, and then sift through the treasure to see if I got lucky with the stat rolls. Anthem (for some reason), fumbled this formula. Hopefully they’re reevaluating their numbers as we speak.

On a related note, I was on vacation a couple of weeks ago when the Division 2 closed beta ran, but there’s an open test this weekend I’m looking forward to trying out. I’m curious to see if they’ve at least learned some lessons from the first Division  (a game I greatly enjoyed the mechanics of, and that they drastically improved post-launch, but that had some real shortcomings when it was released.)

it was only a matter of time, lol

Well that’s one way to cut a story short XD

Is 3 rping Hedgon or just a natural reaction to 1’s antics?

“maybe that masterwork item rolls stats that aren’t garbage” Reminds me of playing Borderlands. Turns out that being showered in garbage loot isn’t enough to keep me interested. They have to give me something useful every once in a while, or enemies get stronger while I stay the same, which makes me feel like I got weaker because enemies take longer to kill and I die more often, which makes the game significantly less fun to play. Borderlands 2 was especially bad, I didn’t get any good loot for about half the game, so it just keep getting grindier and… Read more »

To be fair, at least they kept you busy with all the enemies to kill and bad jokes. Getting awesome loot was not the goal, it was just a sort of treat along the path of your building your insanely overpowered character, at least until you got to the New Game + modes

Gauge was fun I recall.

Man, you got unlucky in borderlands. The first one was indeed bad in that respecto, but in two and pre-sequel i never played for more than a couple of hours without getting something that was at least marginally improved and if i played with friends at least one of us tended to end the session with completely different gear to when we started. But i guess that’s the danger of procedural generation I guess.

Nah, I have the same issue with all things Borderland. I got a drop very early on that was perfect for my build, and I went 20 levels without finding something that was actually better. That sucked. I mean, I was godlike for a while, but with no way to just, like, upgrade that gun, or find another one like it? No growth, only more grind. It’s kind of a given that you’ll hit these points though. Especially with really random loot. The more things you need to get rolling correctly to move up, the more loot is going to… Read more »

I like the story in Anthem and the fact everything is able to be played with someone else, my son in this case. Though I have to agree I got lucky in hard before I hit 30 to get 3 Masterworks weapons. So far in Grandmaster 1, drum roll, I have gotten 1 Masterwork weapon. That was the same machine pistol that I already had a Masterwork of, which was worse, that I sharded then crafted a much better Masterwork version of it. Besides weapon I could easily believe their are no Masterwork of any other type. At least when… Read more »

Try looking at the story quests. Grind “quite” a lot, and in the end you get a story quest to grind … daily and weekly quests.

One thing to note is that strongholds seem to always give you one masterwork. At least I always seem to get one. And on Division 2, from what I’ve seen, it has issues as well. Yes, they got rid of the bullet spongey enemies until you get into a full group and the enemies become bullet spongey, and don’t get me started on the end game faction being designed to be bullet spongey by default. Then there is the bugs where bugs from the Division 1 that were fixed decided to make a comeback in Division 2. Either way, the… Read more »

Division 2 felt amazing. I can’t wait for it. A game like this will always have to have some level of bullet sponginess in it. Destiny certainly does as well at harder difficulties. Division 2 is less so than Division 1 so I’m fine with it. It didn’t ruin Division 1 either.

Have to agree with FITCamaro on this. Really liked what I played so far.

As a Peanuts fan nearly from birth, many plusses to you for that!

I was in a roleplay where someone removed their character from play by saying a magic leprechaun suddenly appeared and chopped his head off with a greataxe.

It was a modern campaign.

Chuckle. That reminds me of the time where Hitler, Satan, and for some reason Shakespeare showed up, killed 2 of the party, and then used the corpses to put on a macabre puppet show at the local orphanage. Considering how stoned most of the table including the GM was that night it turned out rather tame all things considered. Funny how a timewarp erased that session the next week and a new houserule of no weed at the table was implemented.

How is Hedgon going to react to the death of his savior?

Honestly, DM pushed one into such a corner that he should have been EXPECTING him to pull something like this. I think he’s honestly just mad because One out smarted him and is taking steps to make the game fun again, as opposed to making him a butt monkey.

As for Anthem… I’m not gonna say that I told you so, but I’m sorry. That’s just what games produced by EA at like. Shallow once you get past the pretty glimmer on the cover, and obviously needing a few more months in the oven.

Player 1’s the one that tried to shoehorn Batman into it!

Wait, retconning non-sensical, out-of-character behavior as the “villain in disguise”?

I thought he was trying to copy a DC character, not a Marvel one?

Well, that’s one way to get ahead of the game.
We all knew this was coming to a head.
He’s no longer head AND shoulders above the rest.
So…what does that do to his charisma score?
Is that a pass you’re at? ‘Cause you just got headed off!
This is what happens when a hedro guy is hugged in a homo manner: he loses his head.

Heya Tim, just got a corner ad for NB shoes. Not a major one, the song was actually kinda catchy, but it still automatically played its audio.

Just saw that. It’s a step in the right direction. Will have to see it in practice.

Lemme know if you need an alliance for extra gold, just me and my wife right now.