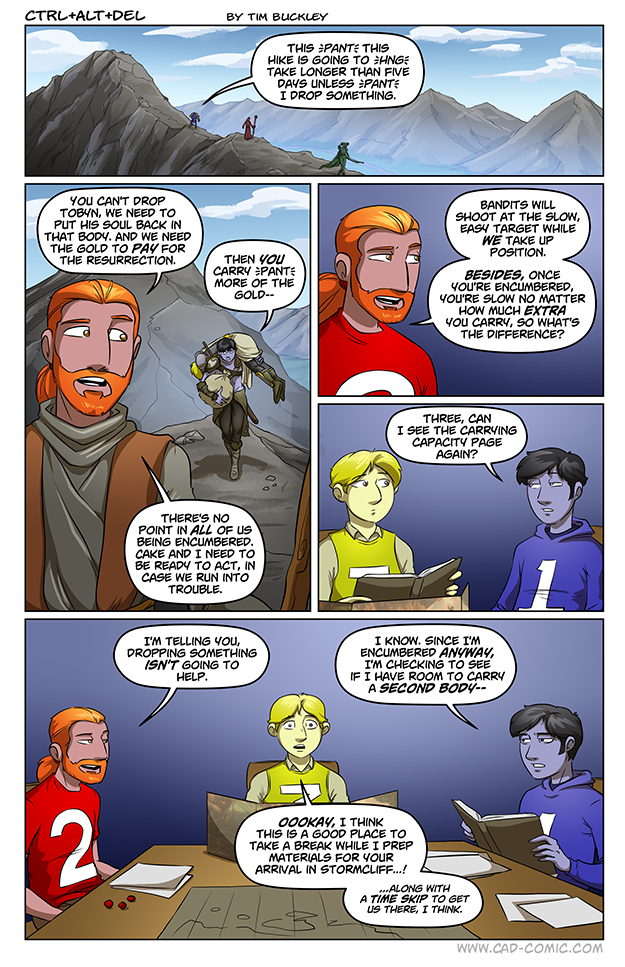 Yeah, I remember this sort of thing back then.

Unfortunately, it went from “light ribbing” to “increasingly mean-spirited” to “me making half-hearted attempts at revenge only to be double-teamed by the DM and the other players” to “me increasingly finding reasons not to go until I just stopped going altogether”

In fairness, I also sometimes didn’t take the campaign seriously. At one point, I made jokes about the Ultimate Evil being a Frogstar Scout Robot Class D. Also it didn’t end our mutual friendship so much as it just ended me ever playing Pen&Paper RPGs with the group.

Does that make Marvin the overpowered and sneaky bard?

If you take all the weapons and armor from the bard, and shove him into the boss’ chamber and lock the door, and the bard rolls a Nat 20 on Persuasion, and the Ultimate Evil rolls a few critical fails with his ultimate matter-disintegrating blasts, then sure.

But he’s going to have to complain about the pain in the diodes all down his left side for like half the campaign.

you know, you could always go with the get up from the table and leave routine

Fair statement but I was a teenager at the time and these were usually my friends. I imagine anyone who has put time and distance between themselves and their teen years can look back and say “I should have handled that differently”

Plus, in the end, you could say that I did do that in the sense of just not coming to the table at all.

“Ten percent of nothing is—let me do the math here. Nothing into nothin’. Carry the nothin’…”

The obvious solution is to just have #2 devote all his spells towards levitating the body.

Sure, they’d only be able to travel a few minutes a day before he runs out, but at least they wouldn’t have to worry about carrying the body.

Oookay, One and Two clearly dont get along……..

None of the four of them gets along with any of the others. 🙂

When you have a machine that can resurrect any of you (which I think has been phased out for a while, but is presumably still canon), arguments don’t tend to have constructive ends.

This reminds me of how I move around in Outward when I’m overencumbered:

Drop your high carry capacity Backpack, equip the Boozu Backpack that has no dodge interference and pickup all your items from the big backpack including the backpack itself, drink and eat foods that increase your stamina recovery rate and fast-roll your way to town baby. Wooo!

What happened to the mule?

If I were 1 I’d drop the body, drop enough of the gold to be unencumbered and just keep walking. People like 2 ruin it for everyone by not knowing when to stop.

Too bad they didn’t get that bag of holding, since corpses don’t need to breath…

If they ate Tobyn, and got there quicker before he passed from their innards, could he still be resurrected?

Asking for a friend.